The Monitor took a little hiatus. Things got wonky as the pandemic wore on. But we’re back with our latest take on what’s trending in ITOps and related fields.

Don’t stop thinking about tomorrow: For enterprise IT leaders everywhere, it’s no longer enough to lead well today and have teeth in the business.  You must now be prepared for all manner and scope of uncertainty and change, and according to Accenture, very few organizations are there yet.  In a recent report, the consultancy reports that only 7% of organizations are “future-ready”. They define this nirvana state as being mature in AI, cloud and blockchain technology;  having an agile workforce, end-to-end digitized processes and advanced data intelligence strategies leveraging AI.  Accenture’s research showed a 2.8x boost in corporate profitability and 1.7x higher efficiency in “future-ready” orgs versus those at other levels. 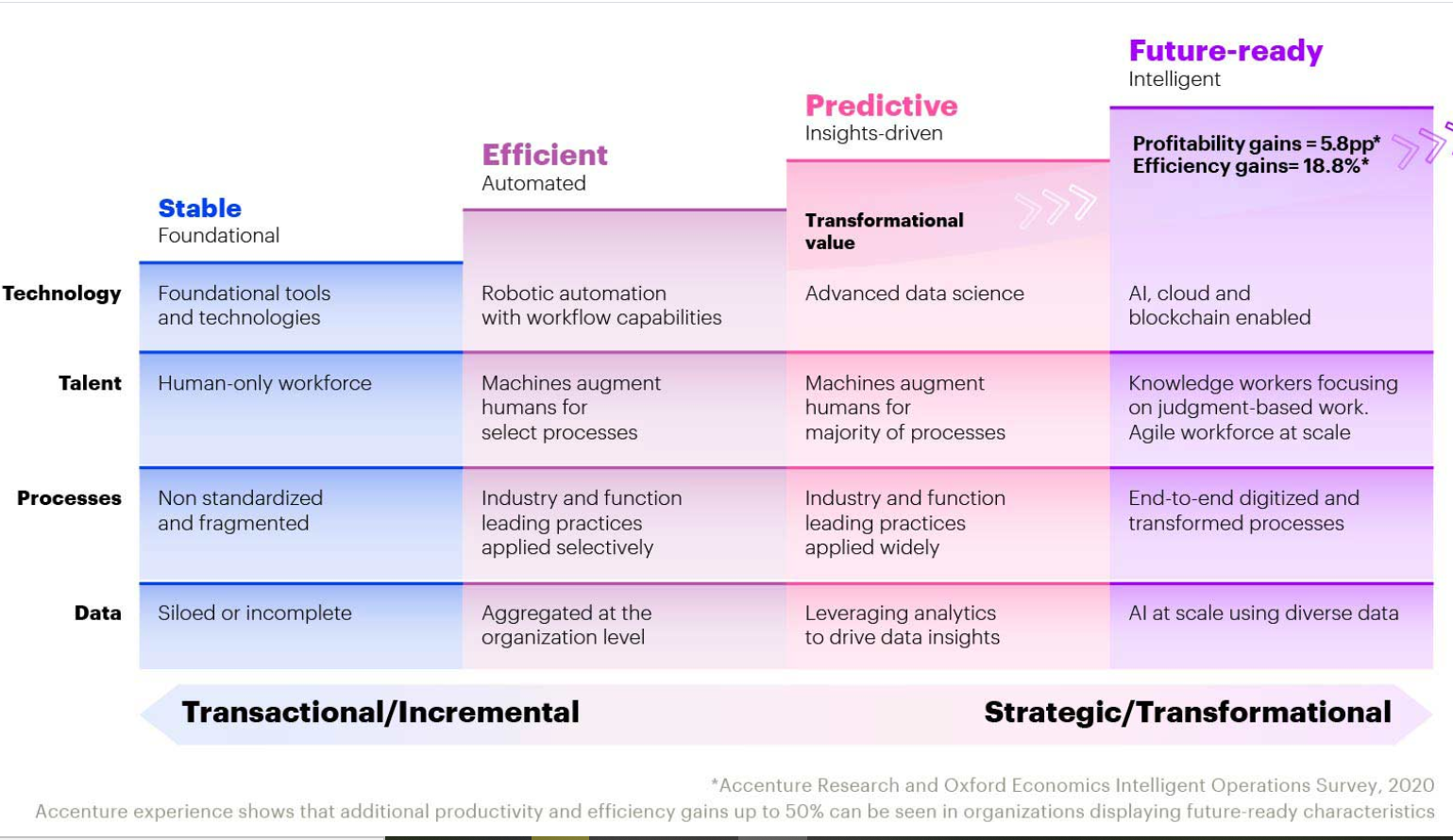 Here’s what they say to do if you want to move up the maturity curve:

Remote collab: it’s not a fad! Let’s face it, organizations are seeing some powerful benefits from the flexibility of remote workforces: operational savings in office space and the associated energy costs, reduced stress and time savings from not commuting, commendable expense avoidance from reduced business travel, along with happier employees who can get more done and juggle work/home life a bit easier. Various surveys are showing that business leaders are not rushing forward with back-to-the-office plans for 2021. In addition, according to a recent survey by KPMG, 70% of organizations reported that collaboration between teams was actually stronger during the pandemic.  Therefore, IT leaders should continually evaluate and improve their toolsets for different departments for usability, productivity and user experience.

It seems like Artificial Intelligence for IT Operations (AIOps) is part of every IT management vendor’s portfolio but let’s be clear: capabilities and ease of use can differ measurably. You want AIOps but not AIFlops! This article discusses a different decision point: open source compared with commercial tools:

The site reliability engineer (SRE)’s toolbox. The SRE is an automation guru and she’s not going to settle for cheap tools. The New Stack walks through the monitoring, development, project management and comms tools which SREs need, with an enlightening disclaimer: “In general, you won’t see any real difference in the production tools used by Sysadmins and SREs. The point of divergence is actually in the ways in which SREs leverage those tools.”

You’re not even close to done. Just when you thought you were well on our way to DevOps maturity, it got bigger. According to DevOps consultant Kirill Semenov, as interviewed here, the future building blocks of DevOps include:

Adding to that, we interviewed Marc Hornbeek in the OpsRamp blog about DevOps’ ever-expanding role in the enterprise. “While DevOps has crossed the chasm in the enterprise, there is still not enough sharing of common metrics among the DevOps, ITOps and security teams. This makes things very complex at times.” Read more here.

Predictions 2022: OpsRamp Technology Leaders Sound Off on What to Expect in the New Year